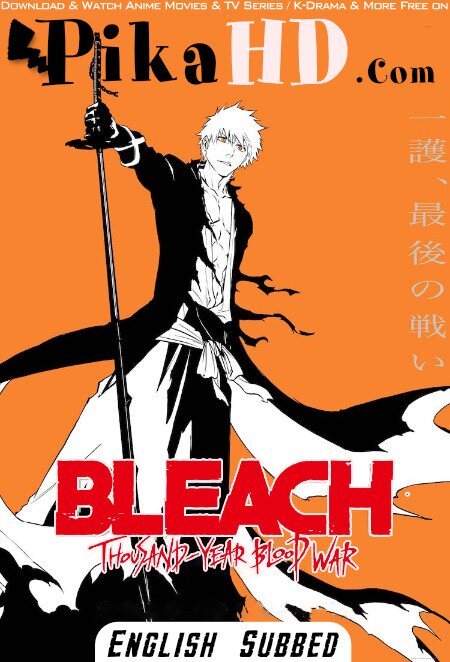 Note: More Episodes of Bleach 2022 Will Be Added Weekly….
So Stay Tune With Us for Better Updates…Follow Us on TeleGram . 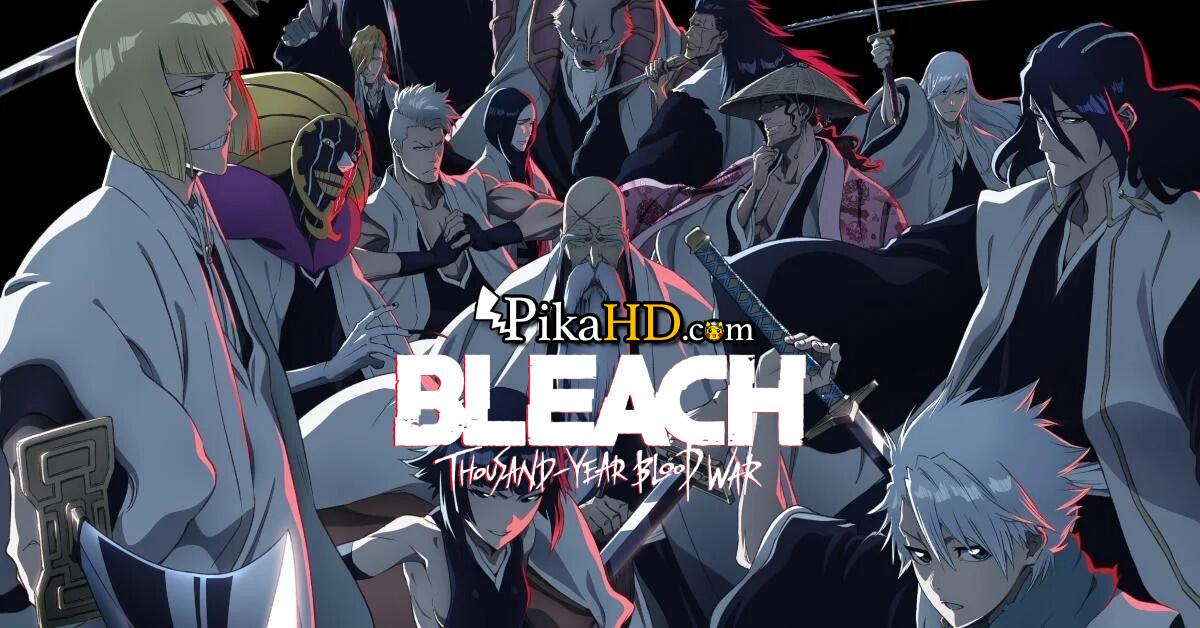 Bleach: Thousand-Year Blood War (BLEACH 千年血戦篇, Burīchi: Sennen Kessen-hen) is a Japanese anime television series based on the Bleach manga series by Tite Kubo and a sequel to the Bleach anime series. The Thousand Year Blood War arc is the final arc of the manga & ANIME

When a new enemy appears, Substitute Soul Reaper Ichigo Kurosaki jumps back into the battlefield with his Zanpakuto to help those in need.
The peace is suddenly broken when warning sirens blare throughout the Soul Society. Residents there are disappearing without a trace and nobody knows who’s behind it. Meanwhile, a dark shadow is also extending itself toward Ichigo and his friends in Karakura Town.

For a time, the world of manga and anime was dominated by a group of stories called “The Big 3”. Weekly Shōnen Jump managed to debut three series very close to each other, and these three series ended up becoming some of the biggest franchises in the medium. These series were One Piece, Naruto, and Bleach. Of those, only One Piece remains, being the most successful. Naruto is over but continues in the less successful Boruto, and Bleach is over, but this new adaptation opens all kinds of possibilities for the story to continue in the future. You see, unlike Naruto, who received an anime adaptation that covered the entirety of the manga, Bleach received the Slam Dunk treatment, and its last arc never received a proper adaptation. Bleach: Thousand-Year Blood War, serves as a sequel to the original show and as a way to rectify that mistake, allowing the series to be adapted in anime form from beginning to end. The series adapts the titular Thousand-Year Blood War that serves as the last part of the story, so far.