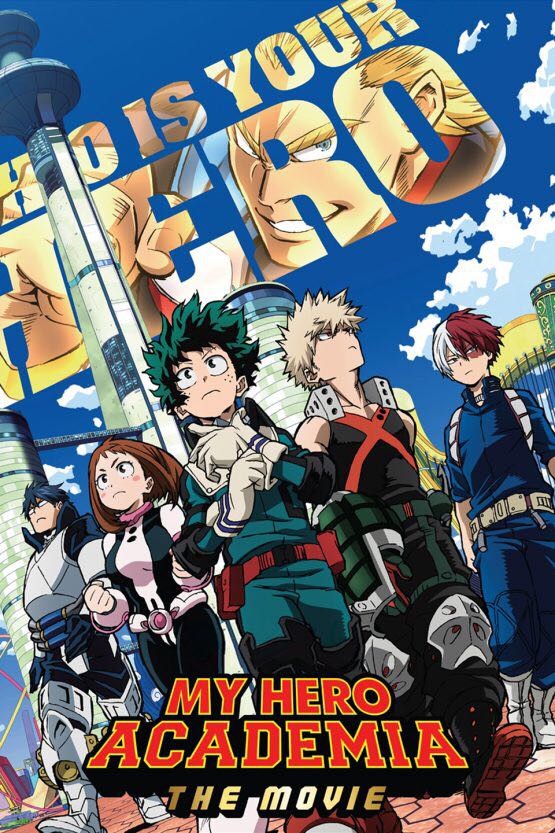 My Hero Academia: Two Heroes (Japanese: 僕のヒーローアカデミア THE MOVIE ～２人の～ Hepburn: Boku no Hīrō Academia THE MOVIE: Futari no Hīrō) is a 2018 Japanese anime superhero film based on the manga My Hero Academia by Kōhei Horikoshi. Set between the second and third seasons of the anime series, the film was directed by Kenji Nagasaki and produced by Bones. Anime Expo hosted the film’s world premiere on July 5, 2018, and it was later released to theaters in Japan on August 3, 2018.

All Might and Deku accept an invitation to visit a floating man-made city called I Island where they meet a girl and battle against a villain who takes the island hostage.  In Season Three of Boku No Hero Academia (My Hero Academia) in the Episode “Save the world with Love” this movie is referenced when All Might gets an Email from Melissa, inviting him to the Expo. Where that episode ends, this movie begins.

Amazing movie, must see for any MHA fan! Only (ONLY) thing I wish they would have done is include more backstory for All Might. I would have love to see his childhood, teenage years, and more of his college days… But maybe they’re saving that for the manga or more movies.