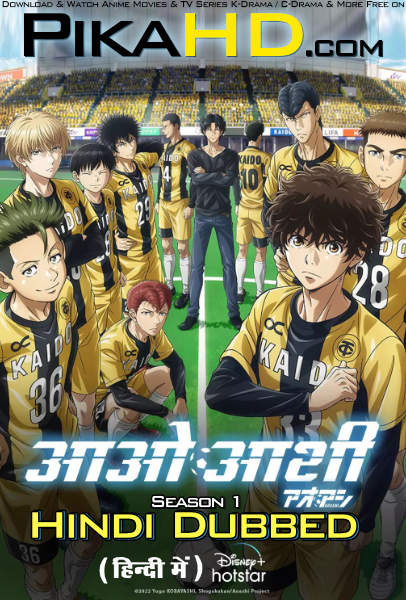 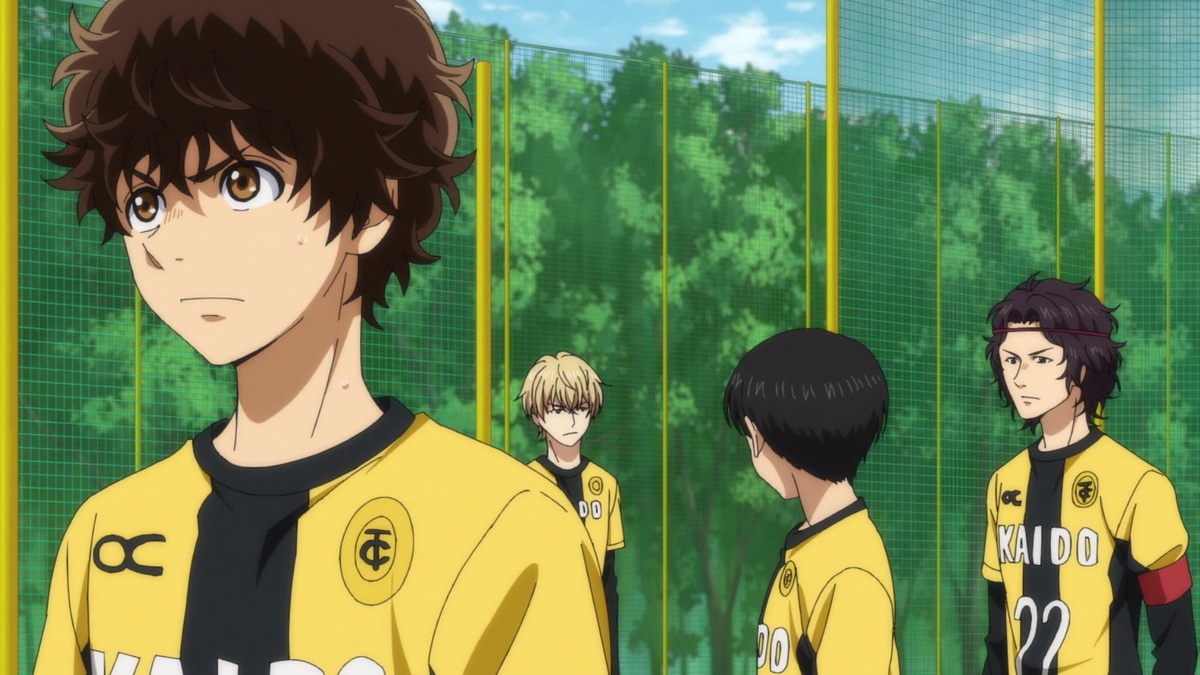 “Aoashi” (2022) – A Japanese Sports Comedy Drama Anime Series: In a quiet rural town, the spotlight of a local junior high school football team rests on one player: Ashito Aoi. Known for his unpredictable moves and self-centered playing style, Ashito is the sole powerhouse pushing his team through an important high school preliminary tournament. However, their win streak is short-lived—an opponent causes Ashito to lose his temper and act violently, resulting in his removal from the rest of the game.

Without their star player, the team is quickly eliminated from the tournament. Just as he believes all hope is lost, Ashito is approached by a youth team coach named Tatsuya Fukuda who senses potential in him, and Fukuda invites him for tryouts in Tokyo. In an unfamiliar setting surrounded by talent, Ashito must bring out the best of his ability to prove himself and secure what could be a life-changing career.

Aoashi (アオアシ) is a Japanese manga series written and illustrated by Yūgo Kobayashi and based on a concept by Naohiko Ueno. It has been serialized in Shogakukan’s seinen manga magazine Weekly Big Comic Spirits since January 2015. The series involves youth football player Ashito Aoi and his journey and experiences in the Tokyo Esperion youth academy. An anime television series adaptation by Production I.G

I’ve seen many anime, but this one is the one that has impacted me the most. The character development is really accurate to how some players will think in real life, but what I like the most is how those character feelings are portrayed in the episodes. The shadowing, the facial expressions, and coloring really adds to the emotion. The way these characters are written make them easy for the audience to connect with at least one of the characters, so many experiences that a player can go through and this show helps us understand the difficult moments a player has to undergo. Another important fact that I seriously love about this anime, is that the story is not really rushed and they pay attention to so many details. So far in my opinion, this is the anime that has been the most accurate to how people would think and feel in real life. Life is not always about blue skies and rainbows and this anime is one of the few that have been able to show us that. An absolutely beautiful show, well written, and filled with amazing character development.