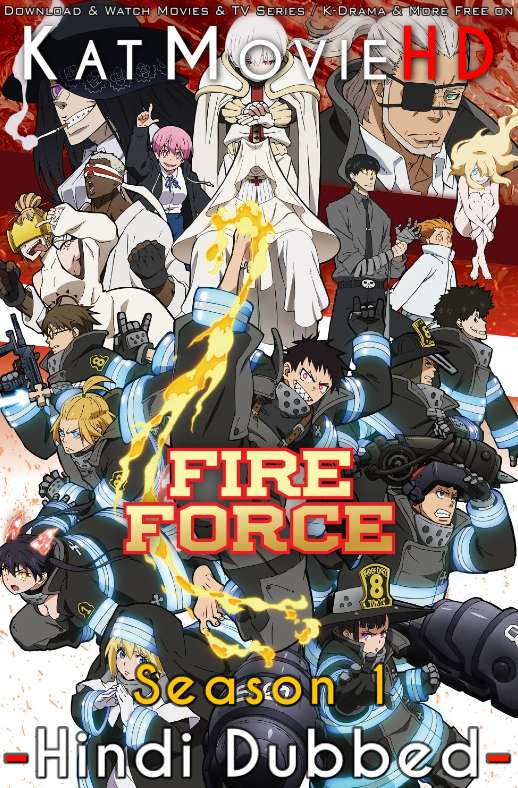 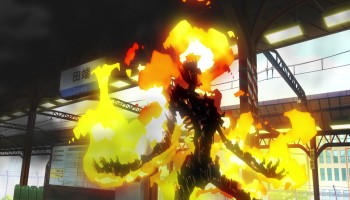 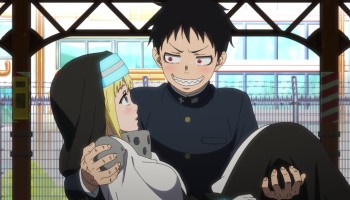 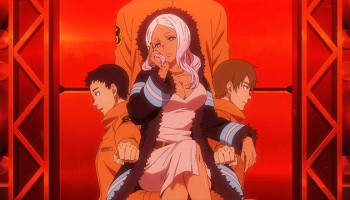 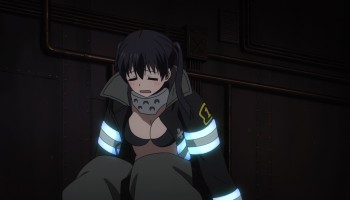 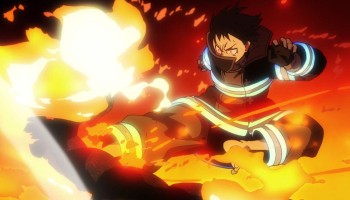 Episode 2 – The Heart of a Fire Soldier

Episode 4 – The Hero and the Princess

Episode 6 – The Spark of Promise

Episode 7 – Investigation of the 1st Commences

Episode 12 – Eve of Hostilities in Asakusa

Note: NewEpisodes Will Be Added Weekly….
So Stay Tune With Us for Better Updates…Follow Us on TeleGram .

Fire Force (Anime Series): The world we know is no more. A mysterious phenomenon stripped the humanity of the right to have a quiet life, with hopes and dreams. This plague is known as Spontaneous Human Combustion and turns people randomly into mindless creatures known as Infernals, which is the fate worse than death and causes one sufferings unimaginable. However, there are people that can control this cursed power and become pyrokinetics, who can manipulate the power of flame. To solve the mystery and cure the humanity, the Fire Defense Agency, Tokyo Army and The Holy Sol Temple form The Special Fire Force, also nicknamed Blue Stripes. Will the Special Fire Force solve the mystery and save the humanity from its new curse?

The series was directed by Yuki Yase, with Gakuto Haijima handling the series’ scripts, Hideyuki Morioka designing the characters and Kenichiro Suehiro composing the music

In the English Dub, Jad Saxton plays the Cat Themed Fire Force Member Tanaki. Just 4 Months Prior, Saxton played another Cat Based character: Haru from My Roommate is a Cat.

Fire Force is a great anime, though many would disagree, first of all the animation is great, most people jump to conclusions, saying that the fanservice is tasteless simply because it was implemented poorly just once, and I’ll try to keep the review short:

The story is nice but definitely has some flaws, most villains are more or less generic but they are interesting, though this is my own opinion. you may find the MC to be less than original, which I agree with, but he definitely is an interesting character at least for me. Fire Force got me hooked again to anime (after a very big break from it, I might add). There are a couple of fanservice moments but if you focus on the story and the characters’ development and tragic pasts, you can actually get to like it. Planning on reading the manga now, since the episodes don’t come out subbed fast enough =))

now then time for the flaws: the first two episodes were fine but after that it got a bit all over the place, there was barely any proper continuity and some parts felt a bit out of place, though I assure you I have read the manga and such issues will soon be fixed, the first major arc was a bit too fastpaced for it to make much sense, and other than that the show is genuinely fun to watch. The Infernals would be flaming Titans. They’re even created by humans, apparently. The Evangelist, who’s like Father, is trying to achieve her ungodly mission by employing her faithful servants to find the Eight Pillars (Eight people with Adolla Bursts, I.e pure flames) to be “sacrifices”.