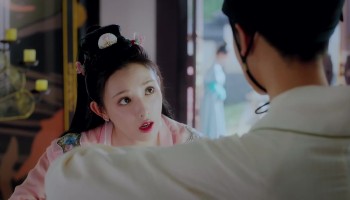 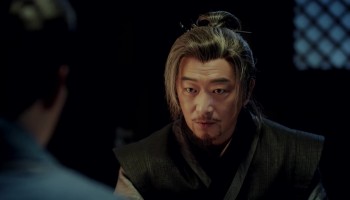 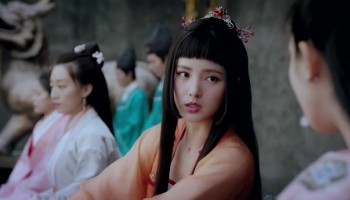 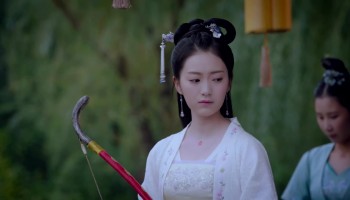 Goodbye My Princess or Eastern Palace (Chinese: 东宫; pinyin: Dōng Gōng) is a 2019 Chinese television series based on the novel Eastern Palace by Fei Wo Si Cun.

A love story revolves around the 9th Princess of Western Liang as she journeys to the Central Plains to fulfill a marriage alliance with the Crown Prince. Having received overwhelming love and admiration as the 9th Princess, Xiao Feng is forced to leave the life that she has known in order to become the Crown Princess. Her husband, the black-bellied Crown Prince, holds the highest position second only to one, the Emperor. However, the Eastern Palace is the most dangerous place to be. For political reasons, the Prince has no choice but to marry the Princess from a foreign land. He has his own favored concubine while she has her own life. Two parallel lines begin to intersect in a place fraught with danger and deadly power play and buried somewhere deep inside are memories that have yet to resurface.

. I wish the writers let both the main characters “Crown Prince” and the “Crown Princess Consort” remember what they went through during the Danchi massacre after the Crown Princess Consort escaped. That they remove the Suicide at the end. The reasons are plentiful but in this Drama Series, in the end, they had Peng Xiao Ran performed suicide to twist with the blood circling her as if suicide is beautiful and felt that the writers deemed it okay. I am here to tell you that Suicide is not beautiful. I’m so emotionally broken, crying my eyes out uncontrollably as if this was a real story, The writers and producers of these dynamic Chinese Drama Series put their heart and soul into their work, and then there are the actors and actresses that put all of their passion on the screen… just wow! I am against suicide wholeheartedly! The world is gripped with suicide in mass numbers, in order for us to change the past when suicides were extremely high, we need to change the future in the prevention of suicide even if it is changing that type of reality for good on the big screen.

Above I rated my Rewatch Value to a 7.0 if the writers changed the ending to a happy ending or find a way for love to mend mistakes of the past… YES, I would definitely rewatch it. I feel that Chen Xing Xu and Peng Xiao Ran deserve awards, and love to see them both again in a Love, Romance, and Drama series with each other again, their chemistry was spot on. Kingone Wang did a phenomenal job as well.

Note: I did rewatch it and I still can’t go to that last scene. It’s because my family has gone through two family members who committed suicide. Suicide is not the answer to solving a problem and surely doesn’t make peace between two factions. I will upgrade my rating because I have also watched Cheng Xing Xu and Peng Xiao Ran on the four or five segments of them being happy. Thank you for that!