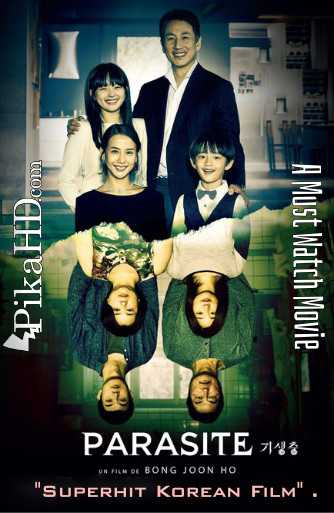 Kim Ki-taek (Song Kang-ho), an unemployed driver, lives with his wife Choong Sook (Jang Hye-jin) and two college-age children in a shabby semi-basement apartment. The family struggles to make ends meet by folding pizza boxes and leech off the wi-fi connection of their neighbors.

Parasite is a dark comedy/mystery/thriller film.

One day Ki-taek’s son Ki-woo (Choi Woo-shik) is having drinks with his friend Min (Park Seo-joon) who is currently employed as an English tutor for the sophomore daughter of a wealthy family. Min is leaving to study abroad and suggests that Ki-woo take his place since he has been studying for the university entrance exam unsuccessfully for the past four years, although he tells him that he plans to ask the daughter to be his girlfriend, once she enters university.

This cinematographic gem has been recently rewarded by the prestigious Palme d’Or at the Cannes Festival. If I have one and only one advice to give you: go savor this fabulous movie with a strict minimum of information! Indeed, this film might schematically be split in two parts, the second one being quite surprising and unpredictable. The script is excellent and the casting is globally sumptuous, especially the gorgeous Yeo-jeong Jo for whom I may confess I have a crush.